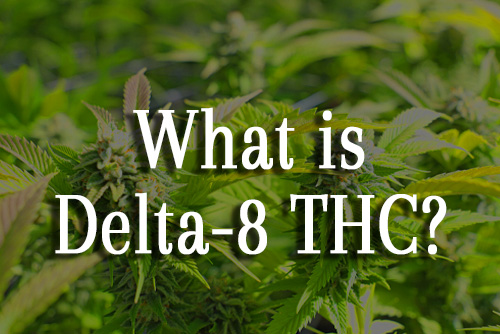 With the passing of the Farm Bill in 2018, it has become legal for farmers to grow hemp. Delta-8 THC can be produced from hemp and Delta-8 cannabinoid has become very popular in the states. However, because Delta-8 can still cause a  small high, it is in a legal gray area. Therefore,  some producers will only sell it in certain states.

Delta-8 THC is a cannabinoid and trace amounts can be found in the cannabis plant. It is similar to the Delta-9 THC that causes a high but is much less potent.

Delta-8 can be made from hemp in addition to cannabis, and because of the 2018 Farm Bill, hemp can be grown all over the US. Consumers in states that don’t have legal cannabis laws want THC products, even if those products have a reduced potency. Therefore, hemp farmers have increased Delta-8 products to meet demand.

Some consumers prefer Delta-8 products because they are not as strong as regular Delta-9 THC which may cause negative effects such as anxiety or paranoia. Delta-8 can offer a smoother, milder high.

What’s the difference between Delta-8 and Delta-9?

Delta-8 and Delta-9 chemically are similar in that their structures both have a double bond. This double bond is thought to produce the intoxicating effects that make you feel high.

The two THCs are chemically different in the placement of the double bond. When you look at the chain of carbon atoms, Delta-8 has the double bond on the eighth carbon, whereas Delta-9 has it on the ninth.

Both bind to CB1 receptors in the body’s endocannabinoid system, although in slightly different ways because of the location of its double bond, this is what is thought to make Delta-8 much less potent than Delta-9. More research is still needed on Delta-8 and how it interacts with the body.

How is Delta-8 THC made?

Is Delta-8 THC legal in Missouri?

Delta-8 is currently in a gray area of legality with the FDA.  The 2018 Farm Bill defines hemp as “All derivatives, extracts, cannabinoids, isomers, acids, salts, and salts of isomers, whether growing or not, with a Delta-9 tetrahydrocannabinol concentration of not more than 0.3 percent.” This language makes Delta-8 legal, because it does not contain any Delta-9 THC.

Is it legal in other States?

However, not all states have chosen to adopt this specific language of the Farm Bill in their own state laws, making Delta-8 illegal in those states. Producers and retailers of Delta-8 will only sell to states that have laws mirroring the Farm Bill’s language.

In August 2020, the DEA released an Interim Final Rule (IFR) to confirm the differences between hemp and cannabis, but state, “All synthetically derived tetrahydrocannabinols remain schedule I controlled substances,” which would make Delta-8 illegal because it is a tetrahydrocannabinol that it is extracted.

The DEA’s IFR is open for review until October 2021, and until then, Delta-8’s legality is largely gray in Missouri.