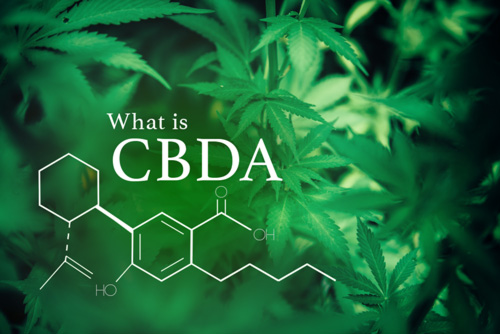 What is CBDA? Mother of all Cannabinoids

All of the major cannabinoids present in cannabis and hemp first develop as “the mother of all cannabinoids,” cannabigerolic acid (CBG-A) it’s from this compound that all the rest originate..

The acidic precursor to CBD in marijuana is Cannabidiolic acid (CBD-A) is a non-psychoactive cannabinoid. CBD-A can be found in the live or raw form of cannabis. Particularly in the hemp plant and strains bred to cultivate higher CBD levels. CBD-A converts to CBD through thermal decarboxylation, which occurs when cannabis is exposed to heat or sunlight. Heat causes the molecule to lose its acidic carboxyl group. This decarboxylation process happen instantly, such as when the cannabis material is lit and smoked or vaporized, or by slow degradation over time if the plant material is left to sit at room temperature.

Those who want to consume CBD-A, means having to use more uncommon or conventional consumption methods, such as topical creams, tinctures, capsules and joining in on the raw cannabis juice trend.

How does CBD-A work and research behind it:

CBD-A isn’t known to bind directly with the CB1 and CB2 receptors but interacts with the ECS as an inhibitor to the COX-2 enzyme, giving CBD-A the potential to reduce inflammatory activity throughout the body. CBD-A is also thought to enhance the serotonin producing 5-HT receptor. This particular interaction could possibly make CBD-A, a primary contributor to the antiemetic effects of cannabis.

CBD-A is widely considered to be a key constituent in the medicinal spectrum of cannabis and the multitude of therapeutic applications it may offer. Normally, CBD-A and the other acidic forms of cannabinoids are not considered to be pharmacologically active until they’ve been decarboxylated. This is because they don’t affect the body’s endocannabinoid system in the same way that their decarboxylated forms do. As a result, most research has focused on the effects of CBD and THC, rather than CBD-A and THC-A.

But new research is beginning to challenge this idea.

Researchers noticed in 2008 that the molecular structure of CBD-A closely resembled that of other common non-steroidal anti-inflammatory drugs (NSAIDs). The team then investigated the potential of CBD-A to act as an anti-inflammatory agent and found that CBD-A demonstrated the same COX-2 inhibitor behavior that enables NSAIDs to tackle inflammation.

A 2013 study from scientists in Guelph, Canada, found that CBD-A was a thousand times more powerful also CBD-A is also thought to be a powerful treatment for nausea and anxiety.

CBD is known to bind to a specific serotonin receptor linked to anti-nausea and anti-anxiety effects when administered alongside low-doses of the traditional anti-nausea drug for chemotherapy patients, ondansetron (OND). CBD-A shows promise as an anticonvulsant, anti-nausea and vomiting agent, analgesic and anti-inflammatory. CBDA may also have antibacterial, antioxidant and cancer preventing properties.

A September 2012 study researched CBD-A as a possible anti-cancer agent. Another study February 2013, the antiemetic effects of CBD-A was the subject. In January 2017 study suggested CBD-A may have application in the treatment of aggressive breast cancer.

CBDA Benefits and Medical Use

New research from Dr Raphael Mechoulam, the cannabis scientist who first synthesized THC and CBD may have broken down that barrier. While speaking at the 2019 CannMed conference in California, Dr Mechoulam announced that his research team has found a way to transform the unstable CBD-A into a more stable compound which retains the therapeutic potential.

“We have taken the unstable acid molecules of the cannabis plant and synthesized them to provide a stable, consistent basis for researching new therapies across a wide range of medical needs – from central nervous system disorders to inflammation and many more,” Mechoulam stated.

Mechoulam and his research team worked to stabilize the CBD-A, they found by converting it into a methyl ester derivative (known as cannabidiolic acid methyl ester or HU-580). By testing the new compound in an animal model for depression, the researchers confirmed that compound still retains its ability to reduce anxiety behaviors.

“In addition, we have provided several delivery mechanisms including tablets, topical applications and others to facilitate several approaches,” stated Mechoulam. Also added “Our work is a catalyst for the development of potential new therapies from a source long thought to have huge potential.”

The discovery was made by an international collaboration of scientists from several universities in Israel, Canada, and the United States, a topical cream manufacturer, a testing lab, and the start-up company EPM.

Which has now opened its intellectual property portfolio to the healthcare industry for licensing partnerships, in the hopes of attracting further investment. The company hopes that the compound will begin Phase 1 FDA clinical trials within the next six to twelve months. On average the time for a drug to gain FDA approval is 12 years.

Need a Medical Marijuana Card or a Grower's Card? 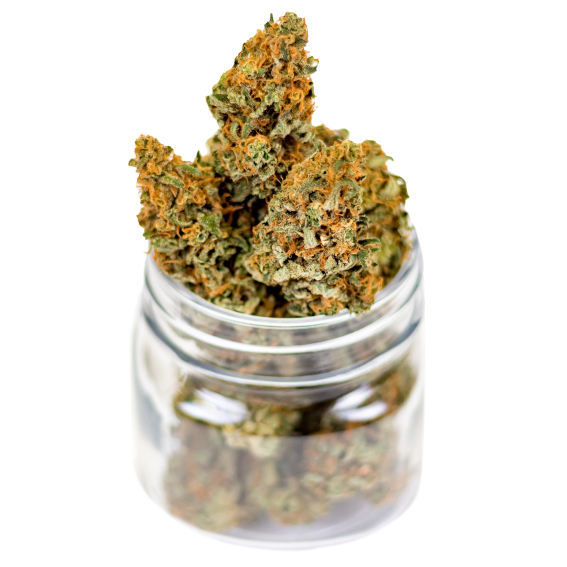 The Best Way to Store Marijuana

When it comes to storing your weed, you have several different options. 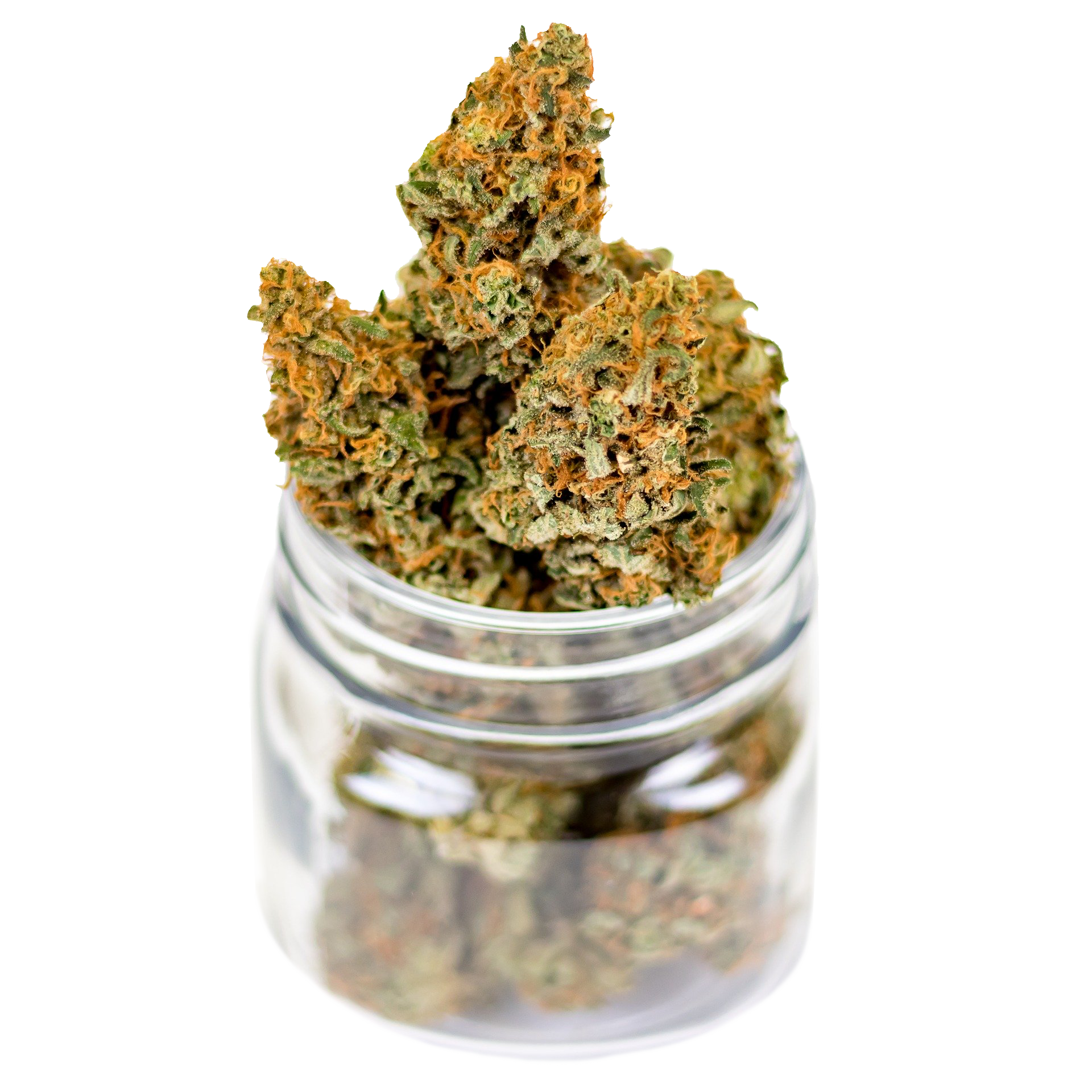 What to do post-harvest cannabis research is extremely limited even with all the grow companies. There is little to no peer-reviewed scientific evidence confirming the best temperatures, humidity levels, and methods of storing your weed. I am sure you have heard a lot from cannabis enthusiasts and storage companies state what they think is the  best practices, the truth is that those recommendations have yet to be substantiated by any scientific evidence. We do know that four things will affect your marijuana: Light, Temperature, Humidity and air. Temperature changed only the speed and light changed both the speed and stoichiometry of this conversion.

Out of everything we have read the best way to store your weed is to keep it in an airtight glass container is the best,  a dark location and temperatures between 60-70 degrees Fahrenheit and at 62% humidity.

Best Containers To Store Your Weed In

When it comes to cannabis storage, Mason jar is the most popular and effective methods  to use. They’re airtight, and glass is non-porous, and solid which makes them perfect for keeping in aromas and flavor while preventing your delicate buds from getting damaged while storing them. Choose the right size jar is just as important. Buds should loosely fill three-quarters of the jar to prevent trapping extra air and humidity. Remember too much air is bad.  Create a tight seal you could consider purchasing an affordable vacuum sealer to remove even more air. Light is not good, so store your container in a dark place to keep your bud tasting fresher, longer.

You could go the extra mile you can purchase tinted or opaque glass jars or make your own by using black duct tape to the exterior of a glass container. Preventing light exposure and temperature is key in maintaining the freshness of your cannabis. Some people prefer a clear jar in a dark location, lock box or wrapped in blankets. 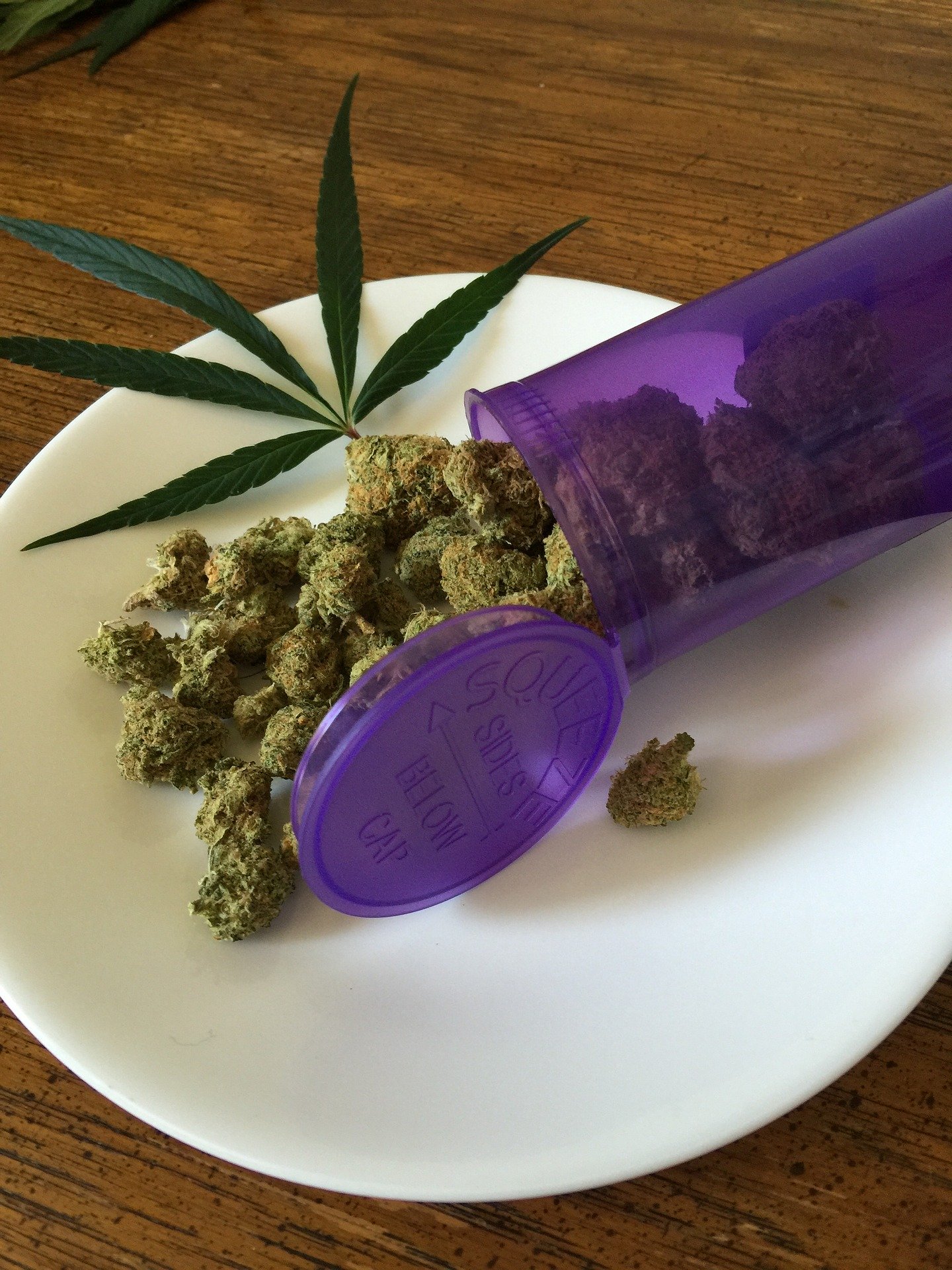 How Long Does Weed Stay Fresh?

The study stated that “carefully prepared herbal or resin cannabis or extracts are reasonably stable for 1 to 2 years if stored in the dark at room temperature.” As weed becomes old and dry, the THC degrades to CBN, resulting in less potent cannabis. Terpenes also degrade, which can make your herb taste stale and lose its nuanced aroma. If the environment is to  warm and wet, cannabis may grow mold that can be harmful if consumed. So please keep your health in mind never smoke weed that has mold on it.

Freshness should you Freeze or not to Freeze?

You will find people on both sides of this fence. Some strongly caution against it, warning that freezing your flower will cause the trichomes to become brittle and break off, resulting in less potent flower.

The trichomes that do break off will likely end up in the kief chamber of a grinder or at the bottom of the jar to be collected later. While freezing can cause brittleness, damage can be avoided with ease by allowing cannabis to come to room temperature before handling.

The study at the beginning of the page, researchers analyzed six different high-potency cannabis products over a period of four years. They stored these cannabis samples at different temperatures and found that freezing was “the best storage condition to avoid the reduction of the cannabinoids content over time.” Freezing is not be necessary, depending on how long you plan to store your weed.

What to Avoid When Storing Your Weed

Remember, the best way to store weed is to protect it from air, light, heat, and humidity. This should keep your weed fresh, potent, and flavorful.

Grow Your Own Weed Legal