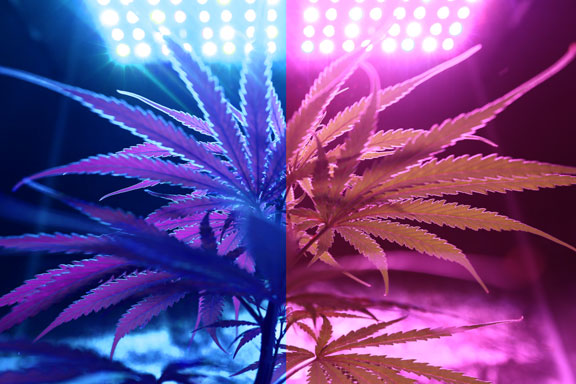 The Difference Between Male And Female Cannabis Plants

The Difference Between Male And Female Cannabis Plants:

Cannabis is a dioecious plant, meaning each one is characterized by either “male” or “female” reproductive organs. A normal marijuana seed is 50% male and 50% female, so it can be a crapshoot for growers who are trying to ensure a plant that produces bud. But many growers buy clones or feminized seeds that guarantee their plants will have female reproductive parts. The female plants are more sought after because they grow sensimilla, which are the large, seedless buds that we understand as a weed. While male plants aren’t completely useless.

Gender Reveal of your Plant:

If you’re working with just regular seeds, you’ll need to determine the sex of your plant to know if it’s capable of growing sinsemilla. Your plant will begin to reveal its gender to you somewhere in between its 4 and 6-week birthday, which typically comes towards the end of its vegetative state right before it begins to fully flower.

Pre-flowers will show signs of which will be clearly male or female. These pre-flowers will appear in between their nodes, which is where leaves and branches come out of the stalk. A male plant’s pre-flower is a pollen sac, which spreads pollen, and the female’s is a stigma, which catches pollen. The pollen sacs are just small, round balls that grow at the nodes. Whereas the stigma looks similar but have little white or pink hairs growing out of them. A female plant’s pre-flowers may look like pollen sacs at first, though they are a bit pointier, so give the plants a good 6 weeks before you decide which ones are useful and which ones are not. The pre-flowers starts before they even begin serving their reproductive purposes, but they are not always easy to recognize to the naked eye. If your plants have really small pre-flowers, may need to use a small magnifying glass to determine whether its a pollen sac or a stigma.

Male Plants What do I do?

Producing THC the male cannabis plants are essentially useless, so most growers eliminate the majority of their male plants as soon as the stigma pre-flowers show. You will have more room for the female plants that produce resinous buds.

You may want to keep a few male plants around for breeding purposes. As male plants grow, the little balls of pollen will eventually break open and spread pollen. The pollen can then be carried to a female pistillate, pollinating the female flowers.

Genetics are important if you plan on keeping male plants around. They will produce half the genetic makeup of your plants to come, so you want to make sure that they resist disease, mold, and pests.

Males produce a very soft material that is actually more valuable for hemp fiber than a female’s, whose fibers are much coarser. Male plants can also be used for recreational purposes even though it doesn’t create the classic version of what we understand as weed. Male cannabis also has a light psychoactive factor thanks to the fact that a small number of cannabinoids can be found in their leaves, stems, and pollen sacs, not as potent as the THC-stacked female plants, these cannabinoids can be used to make concentrate oils.

Sometimes a female plant will develop both male and female sex organs, rendering it intersex, also referred to as hermaphrodite. Plants can develop both sex organs when they are under tremendous stress because of plant damage, extreme weather, disease outbreak, or malnutrition

A plant that has both stigmas and pollen sacs, or a female plant that produces anthers, as seen in the picture. Both produce pollen, though one contains pollen sacs that will break open like any other male cannabis plant, while the anthers are stamen that are already exposed.

Though it can be a result of simple genetics. Intersex plants are not typically good. So you want to make sure to monitor your growing conditions to avoid extreme stress in your plants.

If you are interested in how to apply for a Missouri Medical Marijuana Card, please click one of the buttons below.