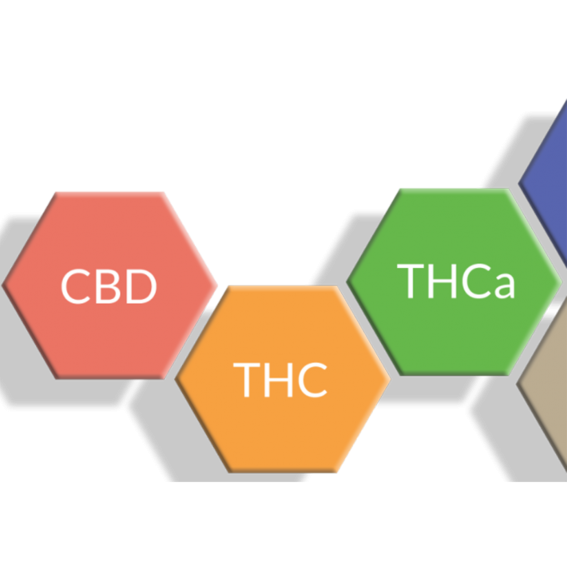 You learned your ABC’s in elementary school, and learned biology in middle school. However when it comes to cannabis industry, and the acronyms; all that goes out the window. There are so many marijuana acronyms to learn: THC, CBD, CBG, CBN, CBDA, CBV, and more than 426 chemical entities of which 60+ are cannabinoid compounds. So let’s start with the easy stuff first, and I will try to keep it as simple as possible.

FDA regulations prevent anyone from making any health related claims. The compound cannabidiol is safe, but not all CBD products are created equally. We prefer to educate all of our patients to the best of our abilities. It’s also important to keep in mind that full spectrum CBD oils contain traces of THC; and while it’s not enough to get you high, it may be enough to show up on a drug test.

What Is the Endocannabinoid System?

You probably haven't realized the whole system was named after pot? That's because the substance cannabinoids come from, it comes from the medical marijuana plant. The word endocannabinoid comes from the roots of "cannabinoid", meaning “cannabis” and “endogenous”. Which means it is produced naturally inside your body.

Homeostasis is your body's efforts to keep everything in the right zone. It also keeps your internal environment stable and optimal no matter what's going on in the environment around you. Homeostasis is essential to our health and survival; so when the ECS isn't working properly, it can cause a lot of health problems for you. 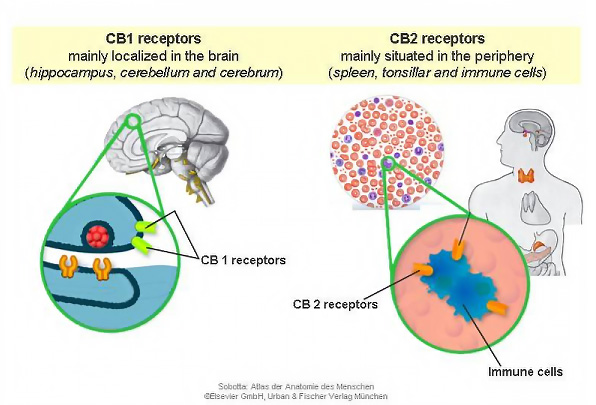 So What are Cannabinoids?

Currently there is at least 110 cannabinoids that we know of, with more to be discovered. Studies will continue to reveal more of the complex molecular structures of the cannabis plant.

The ECS has two primary receptors, the CB1 and CB2 as discussed earlier. The CB1 receptor binds primarily to the brain and nervous system, while the CB2 receptor interacts largely with the immune system. The cannabis plant relies on cannabinoids binding to these receptors to produce the multiple potential benefits and effects.

The Role of Receptors and Enzymes

What is Anandamide and FAAH enzyme?

Anandamide does have a calming effect. The name “Ananda”, Sanskrit word for bliss. The reason anandamide doesn't get us high and THC does lies with something called the FAAH enzyme. FAAH's job is to break down anandamide and other endocannabinoids. It works quickly on the ones your body creates, but it can't break down THC. Which means THC will stick around for a much longer time and has a much greater effect. In the brain, cannabinoids and endocannabinoids work as neurotransmitters (chemical messengers that deliver information from one cell to the next). Neurotransmitters all interact with a lot of different receptors and thus have a lot of different effects.

Decarboxylation is an essential step in the process of creating CBD hemp oil. It's also the process by which carbon dioxide and hydrogen are removed from CBDa, transforming it into CBD, THC and CBC. The two main decarboxylation processes are heat and time. 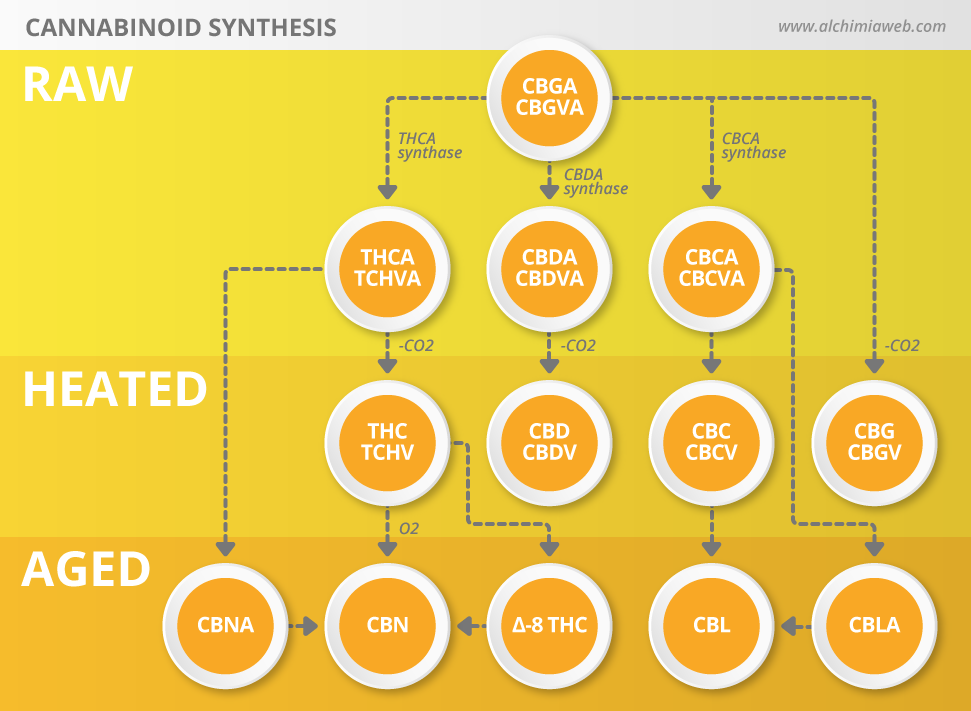 While CBD doesn’t exist in the plant; it's created when CBDA is heated through decarboxylation (a process that converts the non-psychoactive cannabinoids to intoxicating compounds). The “A” in CBDA stands for acid, and is made up of hydrogen and carbon molecules. The best absorption is through oral consumption. These compounds provide unique and synergistic benefits to their heated forms.

Specific to CBDA, the great promise and positive initial results have led to a fair amount of initial research on the compound. The positive signs provided by these studies have been strong enough that many companies are providing either raw extractions or blending these raw extracts with the more common decarboxylated extracts. I.E. raw CBDA formulas, or CBD+CBDA blends. The result is a range of products that provide additional, specific benefits to the user.

A blended product containing raw and activated cannabinoids, as opposed to simply activated cannabinoids, has the potential to unlock an even higher level of the entourage effect. Most companies creating a CBDA-rich product use a low-temperature juicing process to extract these raw compounds. An example, hemp would be cold pressed like a vegetable juice. The resulting liquid/extract is then sold directly or commonly blended with a heated extract. It’s a good idea to keep CBDa refrigerated to prevent it from converting into an activated cannabinoid.

CBDA has had a tendency to be overlooked with CBD getting the attention of medical researchers. In a report published by Green Flower in 2017—a global community of cannabis experts, doctors, scientists, researchers, entrepreneurs and investors—CBDA was linked to potentially treating inflammation and nausea, as well as having anti-cancer properties. However, there are several studies that are currently examining the potential benefits of CBD, as well, including:

CBDA may have side effects that include anxiety, jitteriness, diarrhea, and increased heart rate, and decreased appetite. Also, CBDa can inhibit or potentiate other medications. Please check with your doctor before taking.

Everyone has heard of CBD a plant-based cannabinoid that's has received a lot of attention from researchers. It does not have any psychoactive properties; the benefit comes without the high of THC. One known function of CBD in the brain is to stop the FAAH enzyme from breaking down anandamide, so the anandamide can have more of an impact. This is why they believe it can help anxiety disorders. Even after the process has been completed, you still won’t get high by taking CBD, as the product is non-psychoactive and does not bind to receptors the same way as THC. CBD is virtually free of THC (less than 0.03 %,) and complete with a full spectrum of other cannabinoids and terpenes.

CBG is less abundant phytocannabinoids that is receiving interest for its pharmacological properties. When CBGA is decarboxylated it turns into CBD, THC, CBG and many others. Here are some studies that have been done on CBG:

Two recent animal studies have shown that CBG can increase appetite in rats, suggesting this phytocannabinoids could be useful in disorders of eating and low body weight.

Another animal study showed that CBG treatment could reduce inflammation in a mouse model of inflammatory bowel disease.

CBG treatment also improved motor function, inflammation and oxidative stress in a rat model of Huntington's disease and the same was true of a compound derived from CBG called VCE-003.2, which was also effective in a model of multiple sclerosis.

Another study showed CBG decreases human and mouse bladder contractility and this was not via the CB1 or CB2 receptor.

Together these studies suggest that there are interesting properties of CBG that could be pursued clinically with CBG either alone, or in combination with other phytocannabinoids, but this compound has not yet been tested as a single compound in humans.